An Evolution of the Alexander Technique – Selected Writings

Walter Carrington and Dilys Carrington’s development of the Alexander Technique continue to be inspiring and influential. This comprehensive collection of their writings brings together more than 45 articles, lectures and interviews covering the period 1960 to 2005. In addition a number of letters and smaller pieces are here published for the first time. The collection is divided into eight parts:

Among the appendices are notes of training with Walter Carrington 1955–59 by a student, and Walter Carrington’s 1959 diary of attending the First International Congress for Release of Tension and Functional Movement, in Copenhagen. Full listing of contents in 4-page PDF. 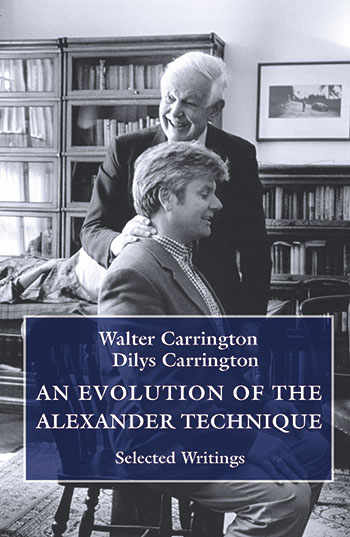 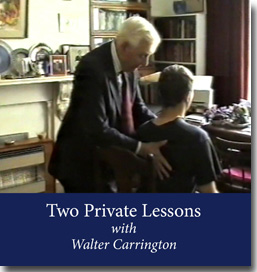 This rare film footage provides an authentic record of two lessons given by Walter Carrington. Graham and Ross did not have a plan or a script, but were making a film record of Walter teaching. Hence the results are spontaneous and natural, a fair documentary of what a lesson with Walter Carrington would have been like at that time. Walter Carrington had trained 1936-39 with F. M. Alexander, and Walter taught until his death in 2005. In May 1997 he was 82 years old. The footage shows the simplicity and ease with which he approached and taught his lessons.

Here is a short extract from the DVD: