For Alexander trainees and teachers, as well as for other movement educators and somatic therapists who use their hands to help others.

To receive everything one must open one’s hands, and give.

Hands close and open, grasp, cling, clench, and release. Hands express. They welcome, warn and inform, and in our case, hands educe. Educative hands lead out that which lies within. Together we will increase our tactual palette, become more tactually literate, learn new ways of using our hands sensitively and effectively.

We understand well the paramount importance of personal use while teaching, and the direct impact our use has on our quality of touch.  As important as good use is, my 55 years of experience using my hands to help people move well has taught me that additional knowledge into the hand’s inherent design can help us acquire hands that are, at once, soft and powerful, light and deep, stabilizing and mobilizing, quieting and energizing. As there are primary colors, so too there are primary touches: push, pull, slide, spin, and roll. In other words, physics.

For students, trainees, and teachers of Alexander’s work.

Become aware of your habits, because your habits will become your character.

Have you noticed it’s relatively easy to make good use of Alexander’s work when we are doing well, but nearly impossible when confronted with something truly challenging or threatening? How can we practice sticking to principle under emotionally stressful circumstances, when relating to family members, when encountering problems at work, while coping with physical injury and pain, when overwhelmed by stressful thoughts and emotions?

Being able to work with people this way has been enormously beneficial to me personally. It has brought the work to life for me, and into my life in ways that before were inaccessible.

I love sharing this way of working with other Alexander teachers. And ironically, it’s really fun.

In Bruce’s class you feel as if you are sitting by a deep, soft lake. His pace and patience, his quiet confidence allows people to unfold and open layer by layer. The superfluous falls away leaving only life’s inner vitality effortlessly expressing itself through you.

He is the embodiment of his work. His touch is like a butterfly settling down on the very turning point of your soul. And then you know, “That’s who I am, that is who I could be.”

For 55 years Bruce has been using his hands helping people to move well. For the past 30 years he has traveled annually throughout Europe, Asia, and the United States helping people understand and experience the interconnectedness between physical and spiritual life.

He has worked with members of the Berlin Philharmonic, Radio France, The National Symphony in Washington DC, the Honolulu Symphony, for the Curtis Institute of Music, and most recently for Jeong Ga Ak Hoe, a traditional Korean Music Ensemble. Bruce taught for the Five College Dance Program in Amherst, Massachusetts for 13 years, and for the Tango community in Buenos Aires. For 6 years, he taught movement for actors at Temple and Rutgers University. For ten years Bruce taught annually for the College of Physiotherapy in Gottingen, Germany.

Gone is the straight-lined striving, the stopping and oughting. Instead curiosity, inquisitiveness, and permission to experiment, to play, to open boxes and to climb out of them into a world of possibility – a world both soft and strong. And all this through a quiet power, an exquisite touch, a clarity of speech, and a wealth of wisdom. For me, Bruce’s work is more than exciting; it is important, both to the world and to anyone involved in any way with Alexander’s Technique.

One of the foremost representatives of Marjorie Barstow’s lineage, Bruce’s work is unique and innovative. Bruce is especially gifted when it comes to teaching in groups. He’s a philosopher, poet and writer who gives voice to what is wonderful about the Alexander Technique.

Half price for all Alexander teachers enrolled in the Alexander Alliance Post Graduate Training Program.

Note: I will be giving private lessons on September 20th and 21st. The teaching fee is £60 for a 45 minute lesson. If you or anyone you know is interested write to me, or have them write to me at: [email protected] 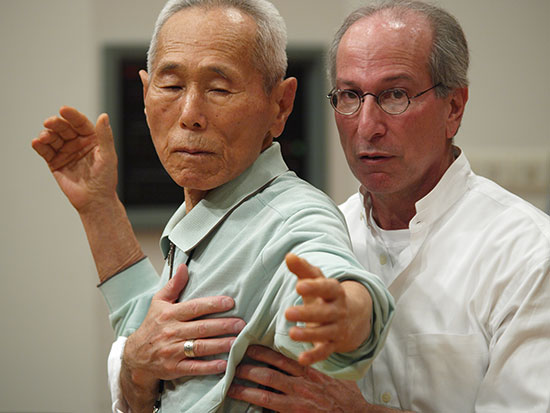